Home›News›Culture and tradition are more important for one’s affiliation, than the name itself!

Culture and tradition are more important for one’s affiliation, than the name itself!

[dropcap font="arial" fontsize="45"]W[/dropcap]hy would I want to share the values of the state of Macedonia. Those romantic nationalism views, the land where you were born is – your homeland. Why should I have an intimate relation towards Macedonia? And nonetheless, I declare myself Macedonian, I try to live decently in this country, which means that I am trying to provide decent conditions also for other people around me to live and create a decent place.

The identity issues are always confusing, especially the issue of losing identity, not only because of some rhetoric substance that contains the question itself. In any case, I am even more confused of the invitation to talk about this topic in a delicate and significant moment, that is, at a time of the death of a close friend of mine. That made me think a bit philosophically about this topic – when does a person really lose his identity? Is it when we bury a person at the cemeteries, or perhaps even during his illness when his physical and mental state change inevitably along with his character? Or, maybe, his identity survives even after his death, through tales, writings or records about him? And what connection does the state, the nation and ethnic affiliation have with our inevitable biological disappearance.

I was present at an event called “Live Literature”, where several writers on a given subject were trying on the spot to make some kind of spoken literature or spoken fiction. The main star of the festival was the Croatian writer Slavenka Drakulic, and the given subject was “My former…”. The writer tried to speak about our former state of Yugoslavia. She touched on the identity issues, inevitably comparing her, relatively new state – Croatia, with her motherland or first country Yugoslavia, with the problems of freedom of speech, of movement, with the limited space, the territorial integrity…

In 1998, one of the first decisions of the government of Ljupco Georgievski was to cancel the production of filter “Yugoslavia”. It was estimated that a relatively small number of smokers smoked these cigarettes and that the economic blow would not be serious, and filter “Macedonia” began being produced in their place, which means – some political benefits would be stronger than the economic loss that would be caused by cancelling the cigarettes. Exactly then, or a bit later, filter “Evropa” also stopped being produced. Of these geographic names, only filter “Macedonia” continued on the market. However, what happened? Filter “Macedonia” were cigarettes with another identity, both visually and in taste, completely different from “Yugoslavia” and the smokers of “Yugoslavia” refused to smoke these cigarettes.

I remember wandering, as if headless, trying to find from among the other cigarettes like “MT’, “57”, “Rodeo, something similar to “Yugoslavia””. On the other hand, “Macedonia” was just like Yugoslavia, made from black tobacco, a cheap cigarette that could not attract smokers who were already accustomed or had their own smoking identity with some other cigarettes, and could not at all attract new ones, because it was really cheap. Several months passed and someone in the Government came up with the idea and quite voicelessly cancelled “Macedonia”, and it disappeared from the market, and they introduced “Oriental” instead.

Filter “Oriental’ had the same visual integrity of filter “Yugoslavia”, the same box, the same color, the same graphics and the same quality or lack of quality…I immediately switched to ‘Oriental’, and to be honest, I didn’t like the name very much, it has some negative symbolic, returning to the Orient, and that is another topic, but I didn’t mind the changed name. All the smokers that I knew that had smoked “Yugoslavia”, and they are a small numbered religious sect, returned to “Oriental”.

“Oriental” was produced until last year, I smoked these cigarettes until the last box, and at home I have one more stack of “Yugoslavia” and “Oriental”. It stopped being produced after “Philip Morris” took over the Prilep company, and instead of the old brands it introduced the global brands that dominate in the world. It did not cause a major earthquake, because the smokers that smoked “Yugoslavia” naturally and biologically had disappeared during the years, while the reviling of the tribe globally smoking is so great that there is nothing you can say anymore in favour of cigarettes.

For that smoker’s identity another thing was much more important than the name, and I started thinking what was that other thing that made me belong to the filter ‘Yugoslavia’ cigarettes. It was probably that culture of smoking and that tradition to light precisely that cigarette and to have that smell. Translated into a national or collective identity, culture and tradition are probably much more important for one’s affiliation, that the name itself.

Ultimately, even though it might sound like a heresy, I think that even the language is not that important for the identity as is the culture, the traditions...

The question is not how we will preserve our language, but how we will promote our own culture. I find the state identity quite problematic, that is, the state as a nation, and especially the ethnic identity, because the identity is a personal determination, a personal matter that later also compromise the collective identity. More specifically, whether I feel like a member of a certain group or of something and want to share the values of that group or something…And why would I want, for instance, to share the values of the state of Macedonia. Those romantic nationalism views, the land where you were born is – your homeland. I was born in Slovenia, and apart from the fact that I was born in Slovenia, I have no intimate relation towards that country, that is, I have the same one like I do towards other countries. Why should I have an intimate relation towards Macedonia? And nevertheless, I declare myself Macedonian, I try to live decently in this country, which means that I am trying to provide decent conditions also for other people around me to live and to create a decent place

However, my identity or anyone’s identity in the 21 century is linked to this globalism, I think because of completely other interests than the national or ethnic ones. We have a fresh example for this, the once prime minister Nikola Gruevski is in Hungary, what kind of identity will he have and what interests made him belong to another place, I guess they were not national or ethnic ones, but some other belonging or identity.

I think that we should deal more with the functional connection between people based on some completely other interests that will be material and spiritual and ones that will ensure a better life.

The article is part of the project “Identity Loss or …?” implemented by CIVIL in cooperation with the Heirich Böll Foundation. 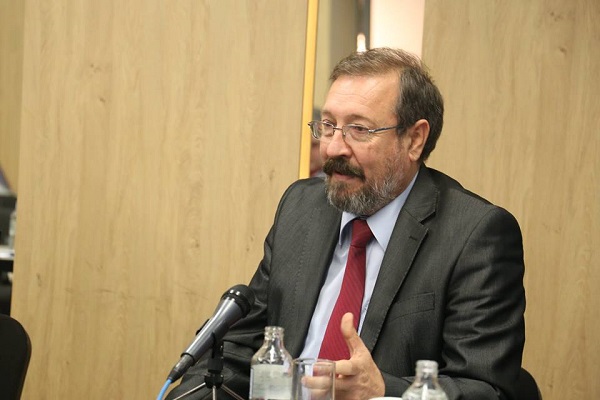 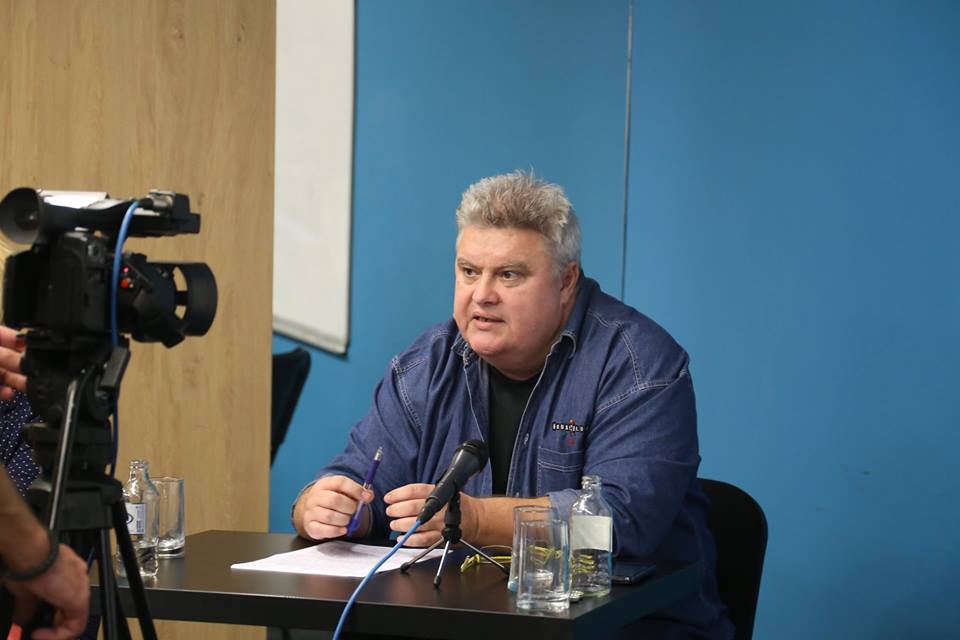