Mitko Jancev is the only mayor of an urban municipality who is from VMRO-DPMNE. He is a successful businessman and politician, with a profound sense for local issues, especially in the domain of environmental protection. On the ground, we learned that he is favoured among his fellow citizens, regardless of political or other affiliation. The team of CIVIL Media had an interview with him on two topics: local policies and practices with an emphasis on green policies, whereas in the second part we reflect on the current political situation in the country.

CIVIL MEDIA: What is the relation of the Municipality of Kavadarci with the central government? How is the uncompleted decentralization process reflecting on the state, local policies and practices in this municipality?

JANCHEV: As the only mayor of an urban environment, from VMRO-DPMNE, and as a winner at the last local elections, who on the other side has a Government, that is, a government of the Social Democratic Union, which is a direct opponent of our party of VMRO-DPMNE, having in consideration the uncompleted decentralization process, that you mentioned yourselves, for the sake of the truth, after a year and seven months in office, we have super relations and super cooperation. I need to say this specifically and clearly, without politicizing it.

I would like to decisively say that even though they can, that if they wanted to, because the decentralization processes are not completed, to obstruct and in any way block the municipality, but for the sake of the truth, the people of Kavadraci and I as a mayor are successful in that matter and have no obstacles in that the central government is on the other side of the municipal government. 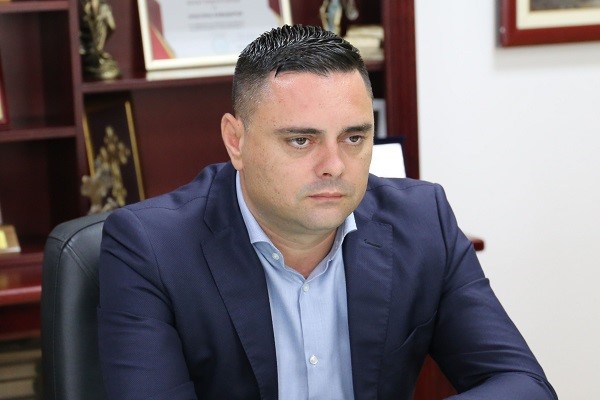 For the communication and cooperation with the Government, Mitko Jancev, Mayor of Kavadarci says: “For the sake of the truth, after a year and seven months of my mandate, we have super relations and super cooperation. I need to say this specifically and clearly, without politicizing it”. / Photography: M. Ivanovska / CIVIL

JANCEV: The uncompleted process leaves room for human will, or in the part of unfinished laws or unfinished authorities. That means that if we succeed to move towards complete decentralization of the municipalities, and it’s obvious that we are fighting for greater decentralization, in the area of education, public order and peace, VAT returns, the mayors will have less tied hands.

CIVIL MEDIA: When you came to power as mayor in 2017, you showed initiative in the area of environmental protection in the very first three months. You had several interesting and unusual steps you made, and which in the sense of the budget were not too expensive. What was the response of the public, and of course of the institutions at the central level, to what you proposed? How far along is that matter?

JANCEV:  In the area of environmental protection and ecology, there is much space and I think that both as a central government, a state and as municipalities, we are still at a very low level.

We have started with several initiatives with which we showed that we can move a step forward, and with less funds and less money achieve at least reduction of pollution of the environment and of the ambient air. We managed to install four measuring stations, through a donation through the University of Goce Delcev from Stip. We have those four measuring stations online and we detect all the problems, when, where and what time there is pollution.

These measuring stations are also good for conducting analyses, because we are primarily an agricultural region, in regards to the soil, precipitation, temperatures and so on. With these analyses we can also reduce the amount of pesticides that wine growers use, particularly in terms of when and how crops should be protected.

In the area of ecology, we have also provided more sophisticated machines for daily maintenance of the hygiene in the city. They are in daily use and are of benefit to the citizens, which collect the garbage and spray water for cleaning the ground, whether it is a sidewalk, a street or a boulevard.

We had an action for planting greenery in several areas that were at risk in areas like bare hills and ones threatened by landslides, floods, where we planted appropriate trees.

The most important thing that I think we have done is in the area of preventing fires, by parcelling several vital places. For example, the Ljubos site, which is the lung of Kavadarci. With the help of mechanization, we carried out parcelling of the very site, so that in case of a fire we would have access roads and smaller parcels, in order for us to be able to act much easier. 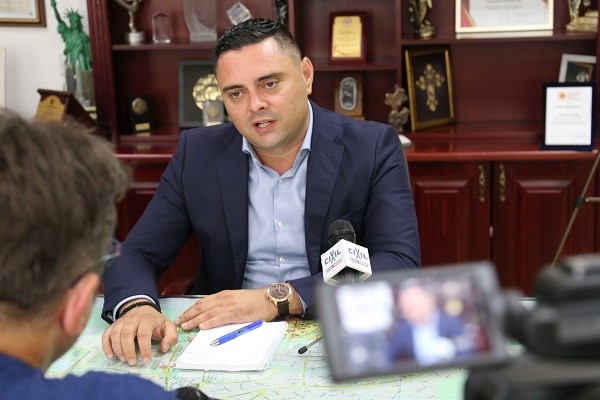 Mitko Jancev, Mayor of Kavadarci: “In the area of environmental protection and ecology, there is much space and I think that both as a central government, a state and as municipalities, we are still at a very low level”.

CIVIL MEDIA: Where do you get these ideas, or plans, from?

JANCEV: We work with our services every day.

CIVIL MEDIA: Do you have a service that did that?

JANCEV: No. There is no classical service in the area of the daily work and in the area of the problems encountered by the services. For example, that they have no access to Ljubos. This is where the idea came from that we first need to make access.

CIVIL MEDIA: So these ideas are made here, in your office.

JANCEV: In a way, they are spontaneous ideas that are the result of the daily communication with our services and institutions. 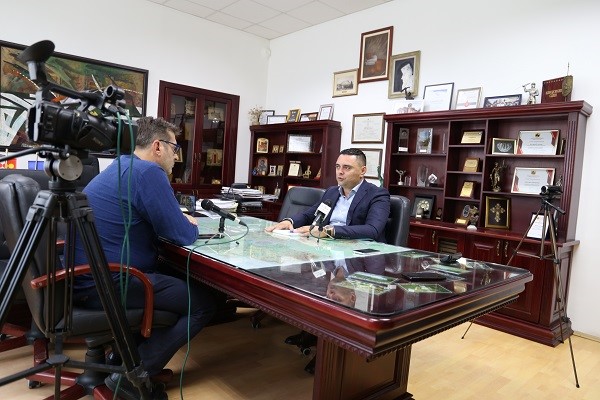 Mitko Jancev, Mayor of Kavadarci: “The Ministry of Environment needs to work more actively. I think that, primarily, focus should be put on protecting what we have, and then expanding in the area of the nature itself, regions, sites and so on”.

JANCEV: The Ministry of Environment needs to work more actively. I think that, primarily, focus should be put on protecting what we have, and then expanding in the area of the nature, regions, sites and so on. I am always in favour of first protecting what we have and then starting to build and upgrading what is necessary. Of course, it is better if we do these things at the same time, but not if we are not trying to protect what we already have, that is unacceptable for me.